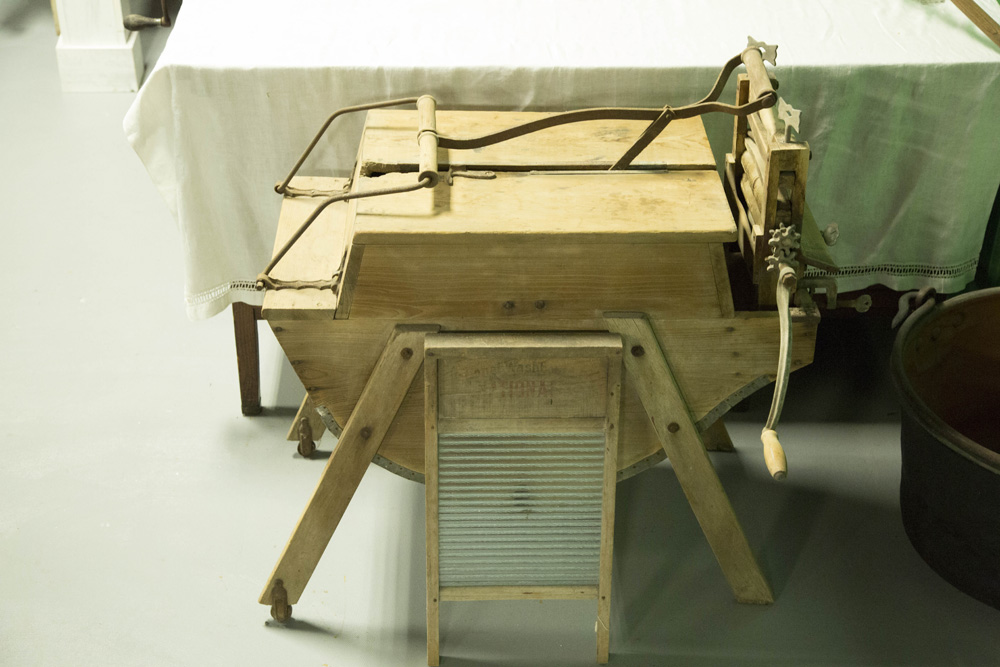 The Maytag Company, now synonymous with the washing machine, was actually founded as a farm implement manufacturer in 1893. The company produced a threshing machine feeder greatly improving safety and became the largest feeder manufacturer in the world by 1902. To solve seasonal drops in sales, a hand operated washing machine was developed in 1907. The design was steadily improved over the years. A motorized version was introduced in 1911 and a cast aluminum model was made in 1922. By 1927, Maytag had produced one million aluminum washers.

During the depression, the company did not suffer any loss in revenue. During World War II, they produced parts for airplanes, drastically improving designs for lower cost and maintenance. The company continued to grow and now produces many home appliances, including ovens, refrigerators, dishwashers, and vacuums.