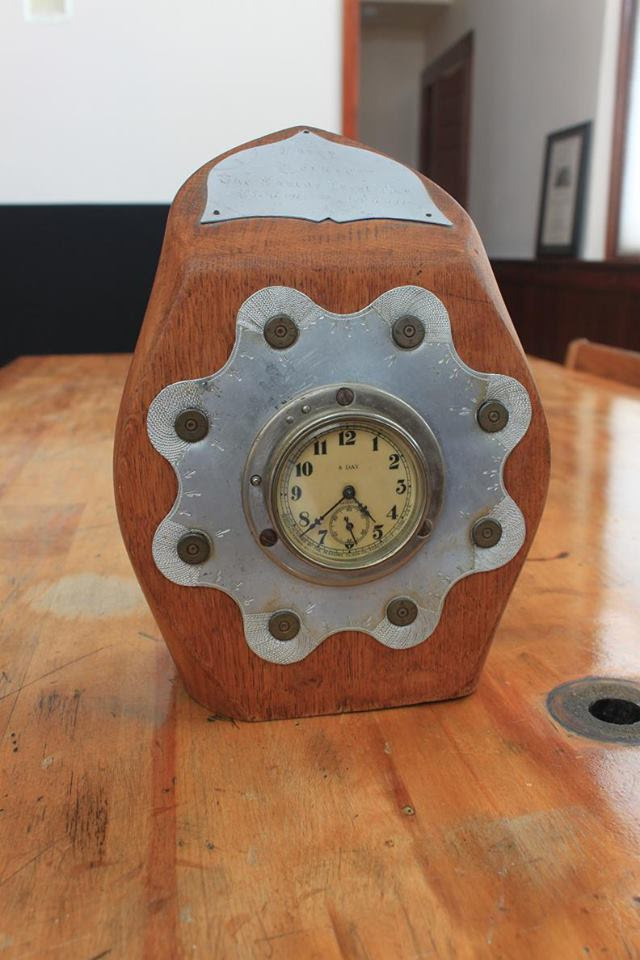 During the Great War, or World War I, many soldiers created pieces of art during lulls in combat. “Trench art” was often made from used artillery shells, bullet casings, or anything available. This clock was created by a soldier from Scott County named Harry Herring. He used the hub of a plane propeller to fashion the clock for his mother. A steel plate on the top is in the shape of a German helmet and is engraved with the words: “To Mother from Harry, The World’s Great War, Apr 6, 1917 to Nov 11, 1918” During WWI, Scott County had 417 enlisted men and 192 of them served over seas.