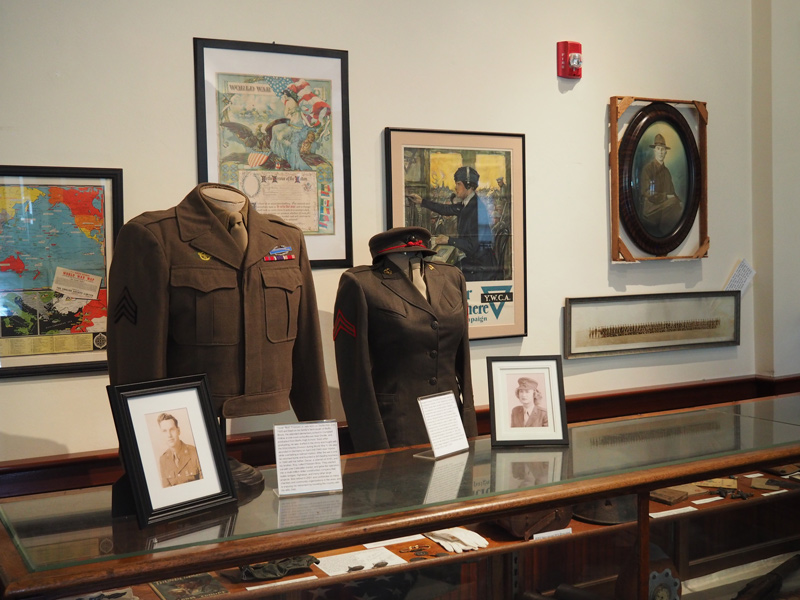 Oscar “Bob” Freesen Jr. was born on September 2nd 1925 and lived on his family’s farm south of Bluffs, Illinois. He attended elementary school in Campbell Hollow, a one-room schoolhouse near Oxville, and graduated from Bluffs High School. Soon after graduating, he was drafted into the Army and fought with the 83rd Infantry Division during World War II. He was wounded in Germany on April 2nd 1945 near Hamm while overtaking a railroad station. After the war’s end, he returned home and founded a dirt-hauling business in 1946 called Freesen Bros. Bob, with his father Oscar, a veteran of WWI, and his brother Roy, started out with one Caterpillar tractor and grew the operation into a multi-million dollar construction company that builds bridges, highways, and many other large projects. Bob retired in 2001 and contributes to many charities and community organizations in the area, and is enjoying his retirement by traveling the country with his wife, Deb. 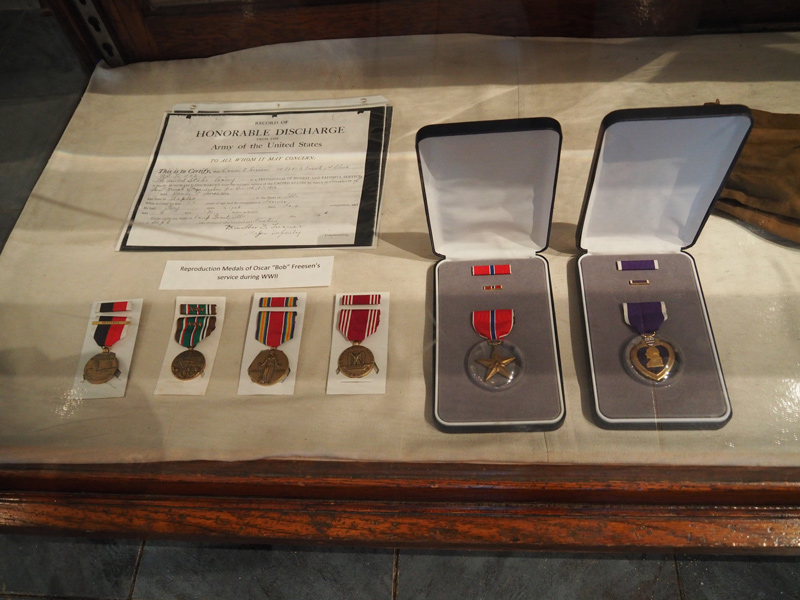 Margaret Frances O’Donnell of Winchester enlisted in the Marines in October of 1943. Beginning in January of 1943, women were recruited into the Marine Corps to be employed in non-combat positions. Margaret completed her basic training at Camp LeJeune in North Carolina and was stationed at Camp Pendleton in California. She worked in the Personnel Office keeping track of every Marine’s location and records. When a family needed to contact a soldier, it was Margaret’s job to find the Marine and find a way to contact him.

Margaret was promoted to the position of Corporal, working for the Staff Sergeant, and was honorably discharged on December 14, 1945. She went on to work for the Marine Bank for almost 30 years and was active in the community and the Marine Corps League. Margaret F. O’Donnell past away at the age of 96 on April 1, 2016.