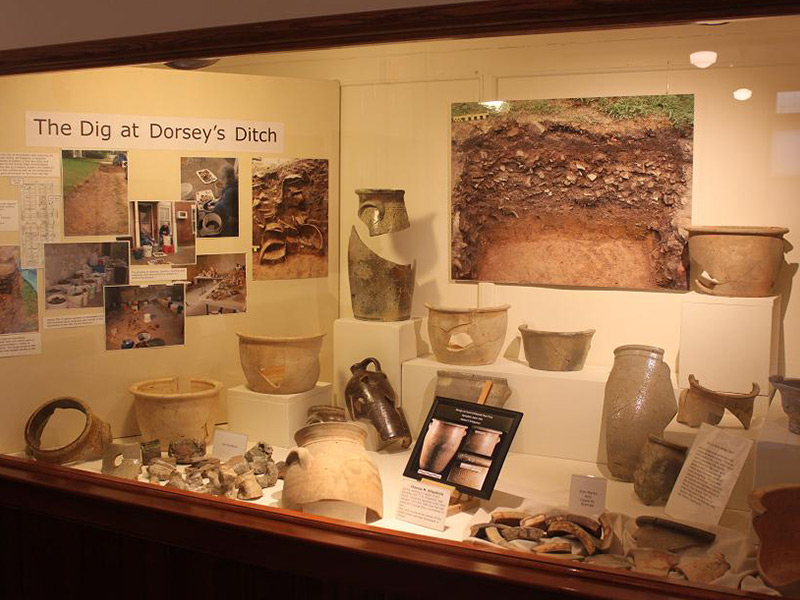 In the summer of 2010, the City of Winchester was widening a ditch along Maple Street. The workers found a large deposit of pottery sherds, or broken pieces of pottery. The city contacted the staff of the Old School Museum and Archeologist Dr. Claire Dappert was given permission to conduct a dig in order to assess the significance of the site.

The 1 by 2 meter excavation produced almost 50 buckets of material and the careful process of matching the pieces began. The museum displays the most complete pottery from the excavation, including one of the oldest known stamped pieces of pottery in Illinois.