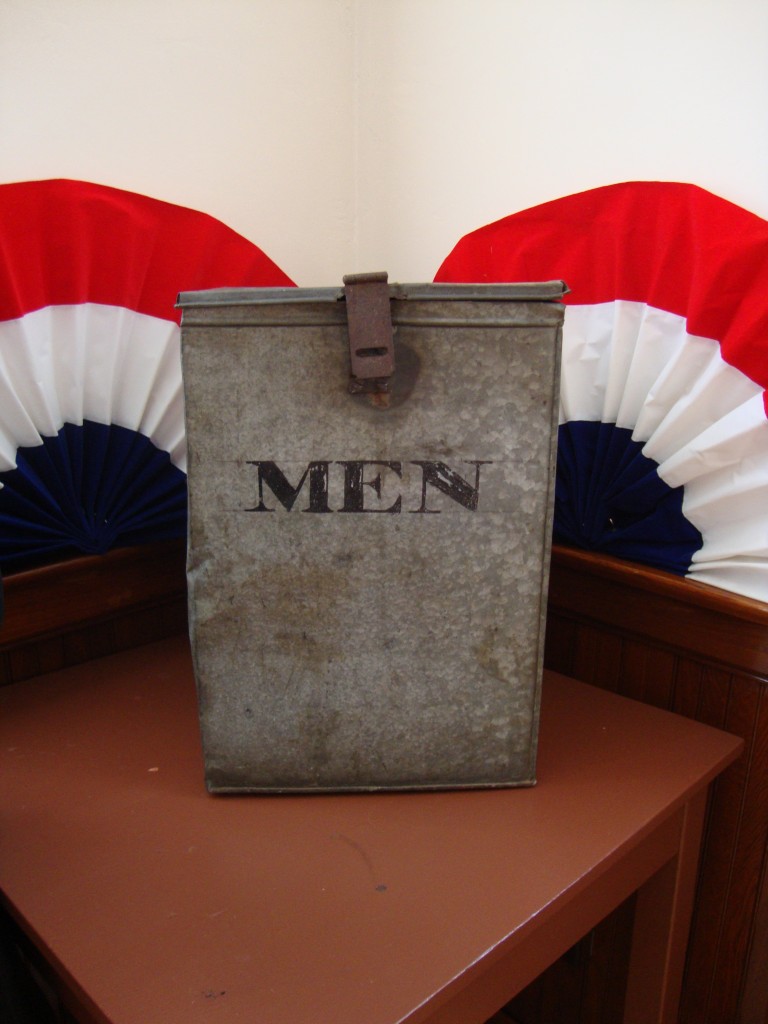 The Illinois Municipal Voting Act was enacted in 1913, granting women partial suffrage. They could vote in presidential elections and for local offices not specifically named in the Illinois constitution, but were excluded from voting for state representative, congressman, or governor. The ballot box is designated for men because the ballots were kept separate. Women were granted the right to vote when the 19th Amendment to the Constitution was created in 1920.